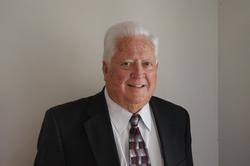 Howard-Carter Funeral Home has been in the Taylor family since 1985 and continues to operate to this date under their able leadership with Buddy serving as President.

Buddy and his wife Clara have been married over fifty years. They have two children, Bill and Karen who are co-owners of the Funeral Home along with 3 grandchildren. He is a member of the Deep Run First Baptist Church, the Pleasant Hill Masonic Lodge and the Lenoir County Shrine Club.

Bill became a licensed Funeral Director in 1996 and is one of the co-owners of the Corporation. In addition, he is a licensed Preneed Counselor.

He and his wife Christine have been married over 28 years and have two children, Elizabeth and Briley, along with a menagerie of animals that are family also. He is a proud papa to his two grandchildren, Easton and Cora Ann. They are members of the Rivermont Baptist Church and Bill is a very active volunteer with the American Red Cross where he is a Certified First Aid/CPR Instructor as well as serving on the Board of Directors. In addition, he serves as a member of the Lenoir County Economic Development Board and is a Volunteer with the Deep Run Fire/Rescue.

Karen has been a licensed Funeral Director since 1995 and is also a Licensed Preneed Counselor. She is the third co-owner of the Corporation and is Office Manager for Howard-Carter.

Karen and her husband Mark are members of the Deep Run First Baptist Church. They have one daughter, Taylor.

Cliff has been with our firm for 21 years and is the firm's Manager, a licensed Funeral Director, Embalmer and Certified Crematory Technician.

He is currently serving on the Lenoir County Board of Health as Chairman, a member of Ram Neuse Lions Club, Pleasant Hill Masonic Lodge #304, and Lenoir County Shrine Club.

A native of Lenoir County and has one daughter Katelyn and grandson Gibson. He and Cindy Cole of Kinston are engaged to be married. He enjoys spending his free time with his family, playing softball and golfing.

A year of daily grief support

Our support in your time of need does not end after the funeral services. Enter your email below to receive a grief support message from us each day for a year. You can unsubscribe at any time.